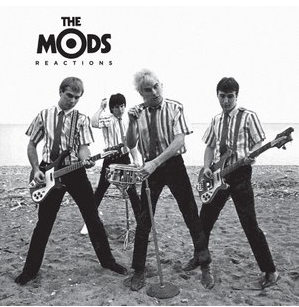 Among cognoscenti of the era, this Toronto unit are known for one of the great lost singles of early Canadian punk. As great as 1978’s ‘Step Out Tonight’ 45 was, however, there was much more where that came from. Filtering the clear inspiration of mid ’60s Who and Kinks through the aggressive delivery of such contemporaries as The Jam and The Clash, The Mods honed their attack into an unstoppable rush, hard-edged but melodic, and began working on a planned major label LP that never did materialize. This new LP includes the single and highlights of the aborted album session. New liners and rare pictures inside.